5.1 Security Benefits of Joomla over Wordpress

In the next article, we will review how to use Hestia to create a Joomla business website. But before we do that, we should first explain why we recommend Joomla to build a business website instead of Wordpress. I have previously written an article on the benefits of Joomla over Wordpress which you can read at this link:

Given that the security problems of Wordpress websites have been known and well documented for many years, it is amazing that anyone would continue to base their business website on such an insecure web building tool.

Linux Debian had 18 reported flaws from January to October 2021.

These 18 flaws can be broken down into the following root causes:

Thus, so far in 2021, despite upgrading hundreds of packages from Debian 10 to Debian 11, there has not been a single vulnerability reported that was caused by a security error on the part of the Debian team.

The two most common categories of Windows flaws are Remote Code Execution (through the Windows browser) and Elevation of Privilege (because no password is needed for many Windows functions). There are hundreds of examples in both categories. 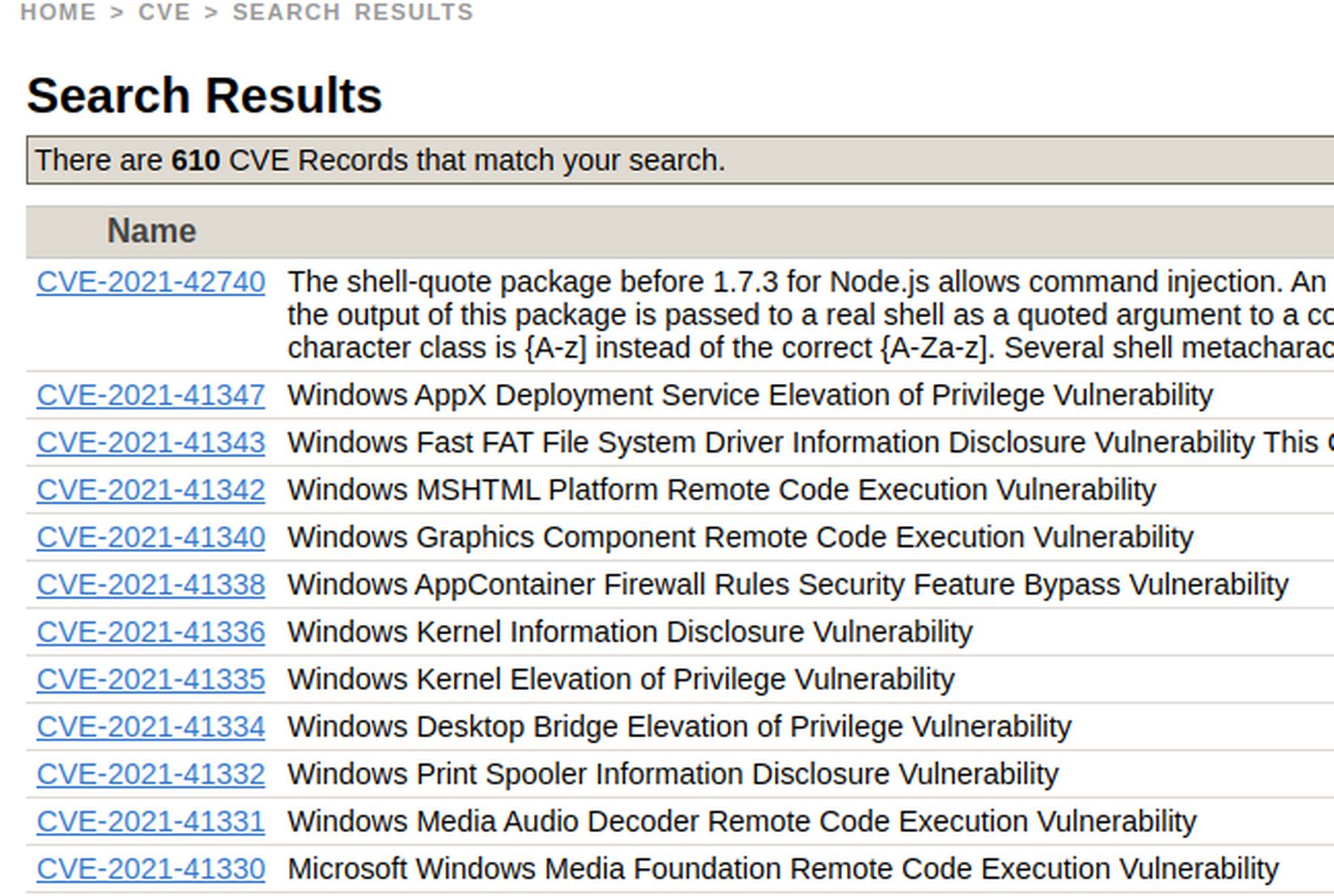 Every month, more of these Windows flaws are reported. For example, in October 2021, 75 Windows flaws were reported. Microsoft issues “patches” for these flaws. But because the patches do not address the underlying problems in the Windows operating system, each month brings new reports using the same old backdoors.

Now that we see how ridiculously bad Windows is, let’s look at Wordpress. Here is a real shocker: Wordpress actually has MORE security holes than Windows!

Below is one page out of 30 pages of Wordpress errors this year.

Why are Debian and Joomla so much more secure than Windows and Wordpress?

The problems with both Windows and Wordpress is that they are top down corporations controlled by an extremely small group of people whose goals are to maximize short term profits. In the case of Wordpress, all major decisions are made by just a single person. In the case of Microsoft, most of the really bad decisions were made by a guy named Bill Gates many years ago. Microsoft staff and customers have been paying a huge price for his mistakes ever since. 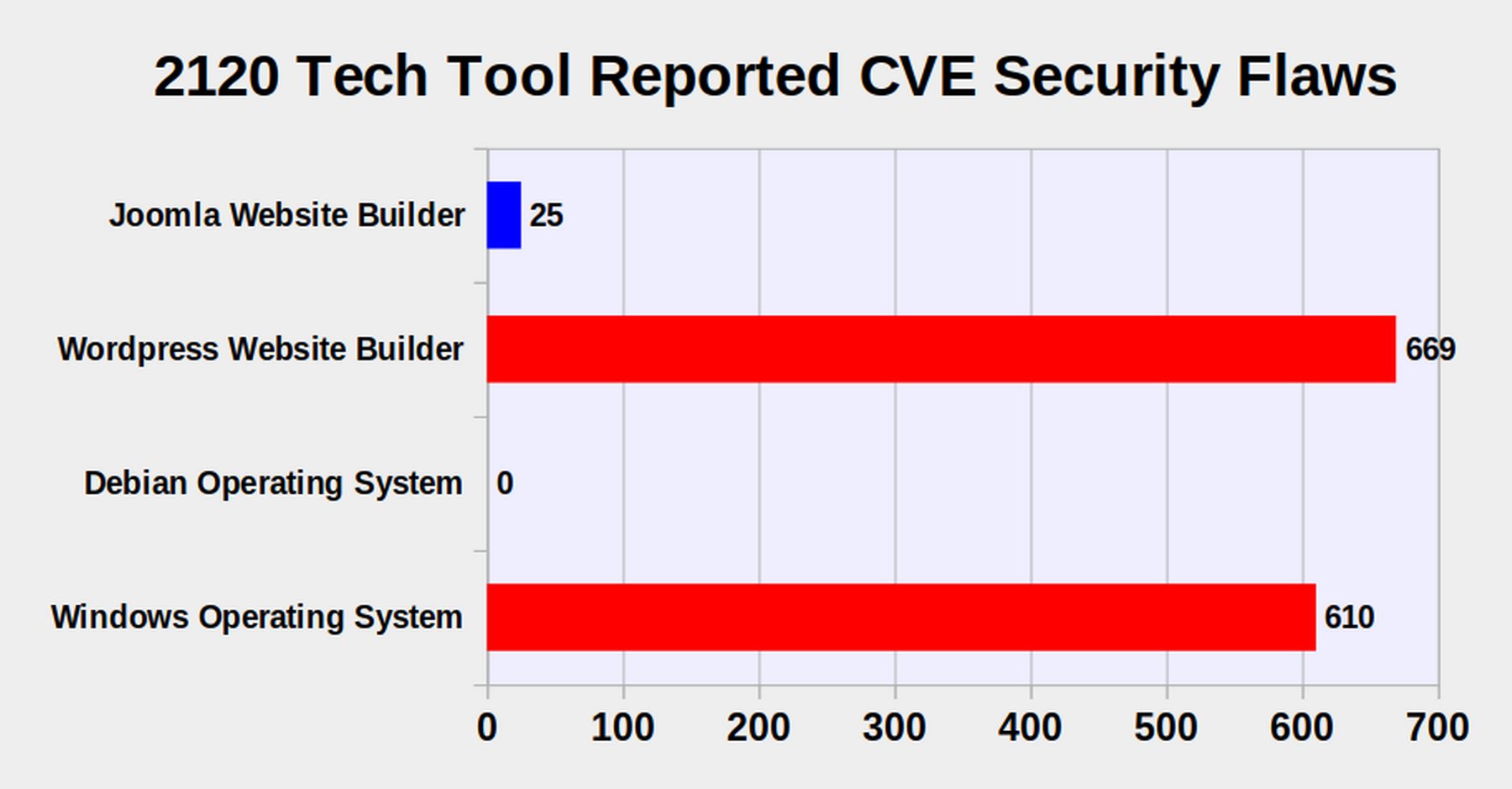 By contrast, Debian and Joomla both consist of a large group of actually users. These users have a vested interested in making sure that the tools they use and create are as secure as possible from hacking attacks. To improve security, both groups have put in place a series of Checks and Balances. These checks and balances slow down innovation a little bit. But they result in a much more secure system in the long run.

Put another way, both Microsoft and Wordpress use very poor coding practices that result in their computers and websites being a bloated mess over time. Just look at any Wordpress website that is more than a few years old. You will see hundreds of articles all on the same page – making it impossible to find the article you are actually looking for. Similarly, after a few years of Windows updates, Windows computers get so bogged down that they literally come to a stop – even if they are not hacked.

Because Debian and Joomla use better structured coding practices, they are like having a clean house – where there are fewer places for hackers to hide.

Now that we have a clearer idea of why we recommend Joomla over Wordpress and Debian over Windows, let’s look at how easy it is to install Joomla on a Debian server using the Hestia Control Panel.